What a wonderful way to end 2011 - reviews are beginning to appear for VENGEANCE BORN, due for release on Feb.7th 2012. 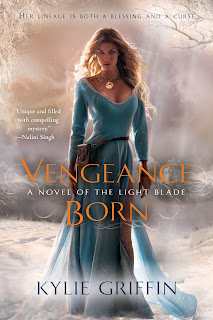 This time there's one from the Romantic Times magazine and Alternative Worlds.


"Enter a bold new series, the Light Blade, where a longstanding war between the demon and human realms rages. Promising new talent Griffin’s characters face danger and hidden secrets that threaten to change the world as they know it. A terrific debut!"


"Tormented Annika the Na’Chi hybrid daughter of the Na’Reish demon chief loathes her sire and his minions as her brutish father constantly with glee reminds her she is a Vengeance Born product of revenge. A healer, she dreams of escaping her torturous life but none of the human blood slaves have ever escaped from the demon realm and lived to tell the story.

The Na’Reish Horde has increased their invasions and abductions in the human realm. Kalan the Lady’s Chosen leader of the Light Blade defends humankind against the demons; he fears his side is losing a war of attrition as his warriors are shrinking in numbers and those still at combat aging. He argues with the Council that radical changes must be implemented now or the demons will soon overwhelm the human realm. When the enemy captures him, a despondent Kalan despairs the massacre is imminent. However, new hope arises when Annika, who he distrusts, offers to free him if he takes her into his realm. Distrusting her new ally but with no turning back as Annika knows her sire branded her for death.

The first Light Blade romantic fantasy is a terrific thriller as the endless war between demon and humans is reaching a critical survival stage for the latter. The lead couple is a strong pairing while the support cast, especially the Na’Chi, the warriors and the Council, enhance the internal squabble in the human realm. With an insightful look at racial intolerance in a time of long-term constant combat and security alert, fans will enjoy Vengeance Born."

Seen any ghosts in your library lately?

Then who you gonna call???

I'm knocking off some of my To Be Read pile these holidays.

Nothing I like better than to curl up (in air conditioning) with a good book or five. Here are some of the books I plan on diving into over the Christmas break...

What's on your holiday reading list?
Posted by Kylie Griffin at 1:00 AM 2 comments:

For Aussies this day usually means a recovery from Christmas Day.

A day of veging out at home, usually watching the Boxing Day cricket test between Australia and England, eating leftovers from Christmas lunch/dinner and relaxing.

Childhood memories I have at this time of year... 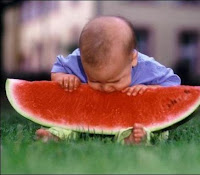 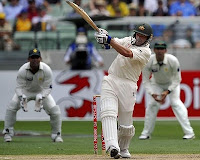 I wish everyone a host of good memories!

May you and your family and friends enjoy the day! 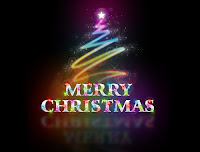 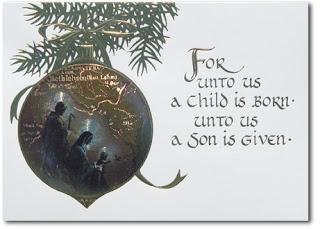 A nice surprise from Publishers Weekly...

In Griffin’s well-drawn fantasy world, humans are oppressed and enslaved by the demonic Na’Reish. Annika is a Na’Chi, the result of cross-breeding between the races. She possesses powerful healing powers and her father, Na’Rei Savyr, is leader of the Na’Reish, but she’s nonetheless reviled, considered an abomination. When she rescues Kalan Tyn, leader of the human’s Blade Council, and asks his assistance in freeing the Na’Chi from the Na’Reish, the wheels of romance are deftly set in motion. A complex plot involving the Na’Chi freedom struggles keeps the taut and intricate narrative moving as Annika and Kalan slowly develop their emotional connection. Readers will look forward to future installments in a potentially long-running series. Agent: Elaine Spencer, the Knight Agency. (Feb.)

There is nothing I like more than being let loose in a bookstore (virtual or real) and filling a bag with books to take home and read.

Christmas time is my excuse to hit bookstores with my gift list of family and friends to buy for and guaranteed I DON'T come out of a bookstore empty handed. I swear I must have been a librarian or literature professor in a former life.

Anyhow, if you're wondering what books to buy someone who loves the romance genres I can make some personal recommendations (just try and stop me! - heh, heh).

A lot of my recommendations belong under the paranromal romance umbrella, but I've thrown in a handful of other genres as well.

Nalini Singh -  (NZ author) her Psy/Changeling. Once tasted you'll kill anyone who gets in your way to devour...umm, I mean, buying the rest.

Larissa Ione - if you like alpha demons/slayers, end of the world plots and twisty storylines set in modern times, then try the Demonica series.

Mel Teshco - her Winged & Dangerous series is my favorite. I love that she's used gargoyle shapeshifters as her characters (makes a change from the vampires & werewolves).

Nalini Singh - the Angel series. Refer to my comment above.

M.J.Scott - (another Aussie author) SHADOW KIN has been nicknamed a gas-light romance. I recently read this book and loved the complex world-building, not to mention the characters.

Denise Rossetti - (Aussie author) - the Four-Sided Pentacle or Phoenix Rising series are both great reads. For anyone who loves alpha heroes and wonderful world-building.

Elizabeth Vaughan - the Warprize series. I don't know how many times I've read the first three in this series. I've worn out the spines and need to buy a new set.

Joss Ware - Some of you might know she's been a guest here on my blog a couple of times now as I've really taken a shine to her Envy Chronicles series.
Not only does she give readers a Mad-Max meets zombies style setting, there's romance, mystery and are plenty of pop-culture references to giggle over in these books.

Sara Creasy - Her Scarabaeus series. Solid, engrossing SF with an element of romance where her characters fight to survive with the odds well and truly stacked against them. Techies will love the flavor of her bio-cyph & terra-forming world-building.

Linnea Sinclair - any of her Dock Five series. For anyone who likes their SF and romance mixed.

Lorelei James - more cowboys, this time bull-riders & ranchers in the Blacktop Cowboys series. Again, the heat level is hot, so don't go reading them in a barn.

Jo Davis - like firefighters? Then check out the Firefighters of Station Five. Stuff them into your stocking and be prepared for a hot Christmas.

GUEST BLOGGING: Over at the Qwillery...

If you have a minute, wander over to The Qwillery blog.

I’m talking about strong heroines and you get the chance to learn a little about Annika, the half-blood heroine in VENGEANCE BORN. :-)
Posted by Kylie Griffin at 6:19 AM No comments:

CRAFT: What are tag-lines?

In the writing world there are a myriad of terms that are bandied around, some more familiar than others.


Tag lines - ever heard of them? I hadn't until a few years into my journey as a writer. They're the words, usually placed on the front cover of a book, that hint at the story within.

For example, on the front cover of my first book, VENGEANCE BORN (Bk#1 in the Light Blade series), the tag line reads:


HER LINEAGE IS BOTH A BLESSING AND A CURSE

On ALLIANCE FORGED (Bk#2 in the Light Blade series), the tag line is:


HER FAITH IS HIS SALVATION

They hint at something within the book or a theme of the book. In the case of VENGEANCE BORN, the tag line reveals a hint about the heroine's bloodline. In ALLIANCE FORGED, it's a play on the heroine's occupation (she's a priestess) and the role she plays to save the hero.
Tag lines aren't easy to come up with either - sometimes it might take a couple of weeks to create something that could be only a few words long of a phrase. Ask me how I know! LOL
When one is created, the cover copy crew, author and editor all consider things like the themes within the book, the occupations of the characters, secrets, events that happen in the book, elements/personalities of the characters.
And while tag lines might not seem like much in the grand scheme of getting a book published, it adds a layer of meaning to it that's quite underrated. I know I certainly appreciate them more now that I know the process that goes into creating them!
Let have a look at some others. 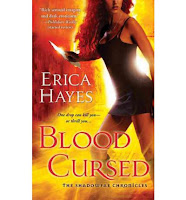 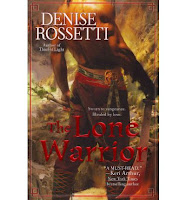 Sworn to vengeance.
Blinded by love. 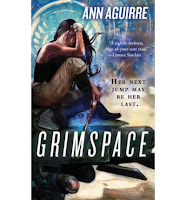 Her next jump may be her last. 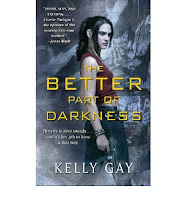 The city is alive tonight...
and it's her job to keep it that way.

The change was only the beginning.

Slave. Sword-wielder. Spy.
Some girls have all the luck.

So, next time you take a look at the front cover of a book, check out the tag line and take a moment to appreciate the time and effort that goes into creating them.
Have you found any clever tag-lines?
Posted by Kylie Griffin at 1:00 AM 7 comments:

You'll never look at a carousel the same again...

Thank you to everyone who left a comment for Tracy Sumner during her time here on my blog.

Don't forget you can follow Tracy on her blog tour - details here.

Now, without further ado - the winners of the e-books packs from Tracy are:

If you can contact Tracy via her Contact page - you can both arrange how she'll get your prize to you.

And don't forget all who commented go into the draw for a Kindle at the end of Tracy's blog tour!
Posted by Kylie Griffin at 4:07 PM 2 comments: