My friend, Chris Taylor, attended the Greater Detroit RWA© Booksellers Best Awards dinner in my stead as I wasn't able to make the conference this year in San Antonia, TX.

I get an email in my inbox from her to let me know ALLEGIANCE SWORN won the Booksellers Best for the Paranormal Romance section! Woohoo! What a thrill! 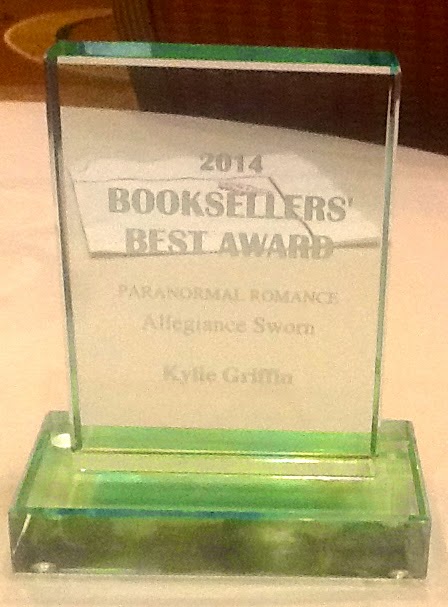 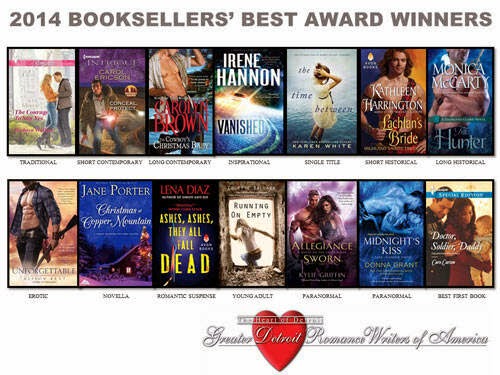 You can read the full list of winners right here.

Then, less than a week later, another email comes in, this time from the coordinator of the Romance Writers of New Zealand Koru Award. ALLEGIANCE SWORN is a finalist in the Long Romance section!

So celebrations abound in the household this week. :-) 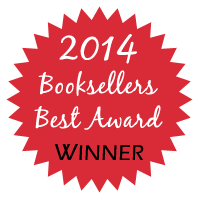 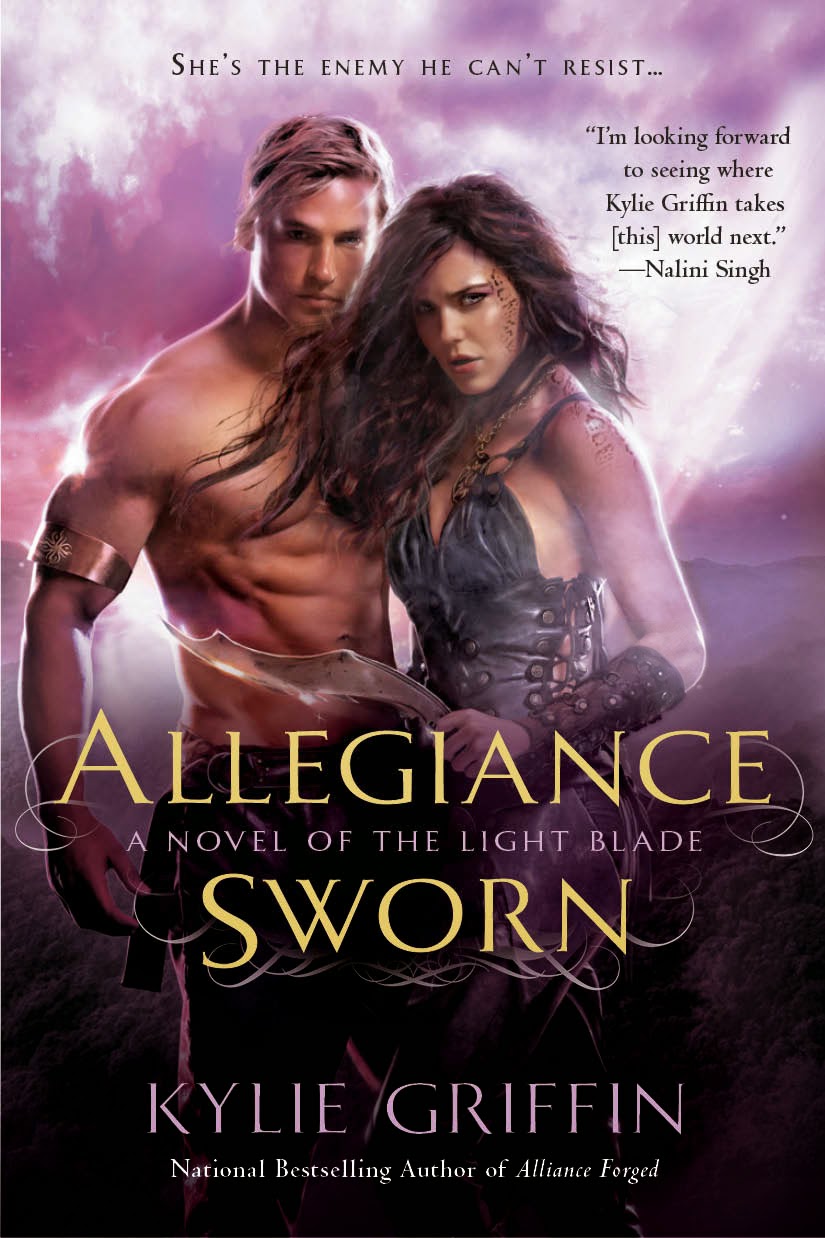 I have some good news!

ALLEGIANCE SWORN is a paranormal romance finalist in the Greater Detroit RWA Booksellers Best Award. I'm absolutely thrilled to receive this nomination as this is a back to back nomination - last year VENGEANCE BORN was a finalist.

The finalists and their editors will be honoured at a banquet held at the San Antonio Marriott Rivercenter/Riverwalk Hotel in San Antonio, Texas during the RWA National Conference on Wednesday, July 23rd at 8pm, following the literacy signing. 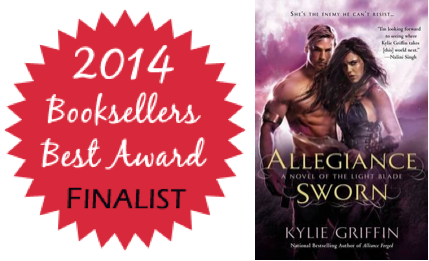 Unfortunately, I won't be able to attend the RWA conference this year but I've asked a friend to attend in my stead.

A swag of authors, prizes and giveaways, there are so many to choose from - it's all happening! Let your friends know & check it out here.

But more specifically, for those who love paranormal romance (and a lone rock star):

Aussie Romance Writer's Set: 6 Books Signed Books From 6 Aussie Authors
This is your chance to get your hands on 6 books and some swag from some of Australia's best paranormal romance writers (we're all ARRA Awards finalists or winners)!

There's something for every discerning reader - warriors galore, avenging demons, steampunk vampires & weres, fallen angels, a wraith assassin, an uber-sexy rock star and mysterious fae! You can find samples of each book at individual author websites.

The good news - this auction is open internationally!

Good luck, good reading, and thank you for supporting this wonderful cause! 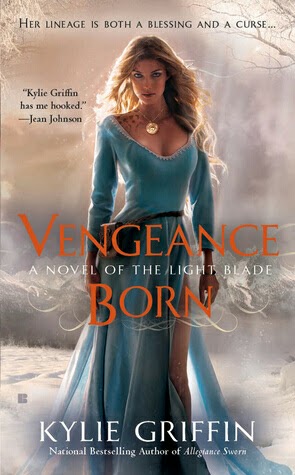 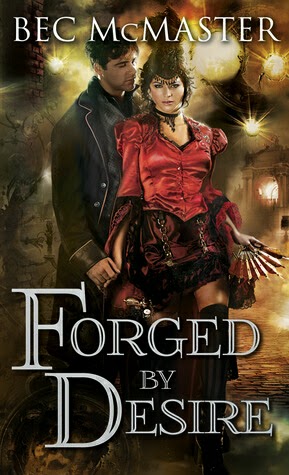 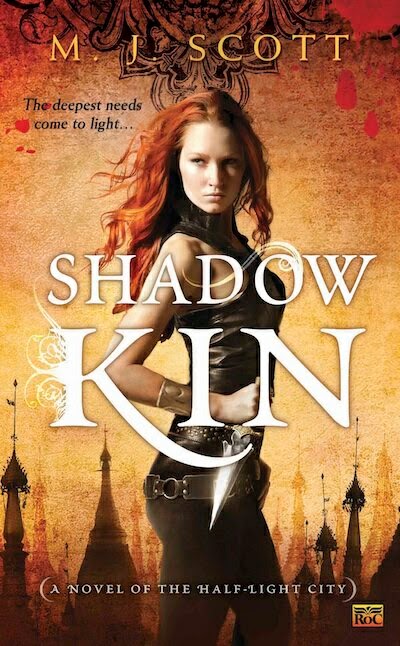 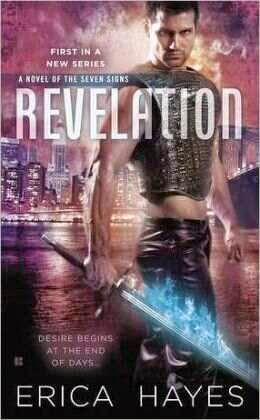 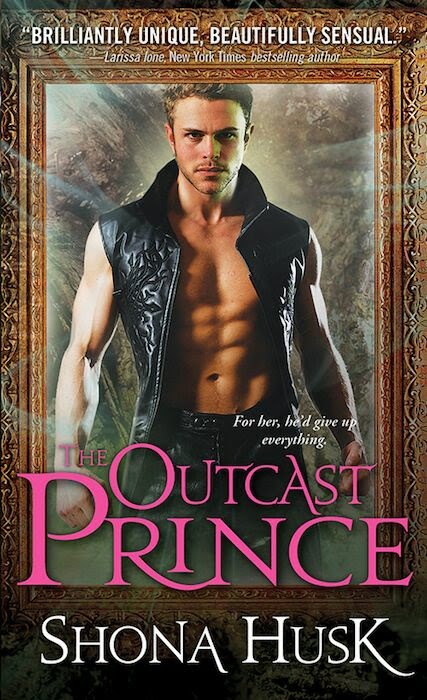 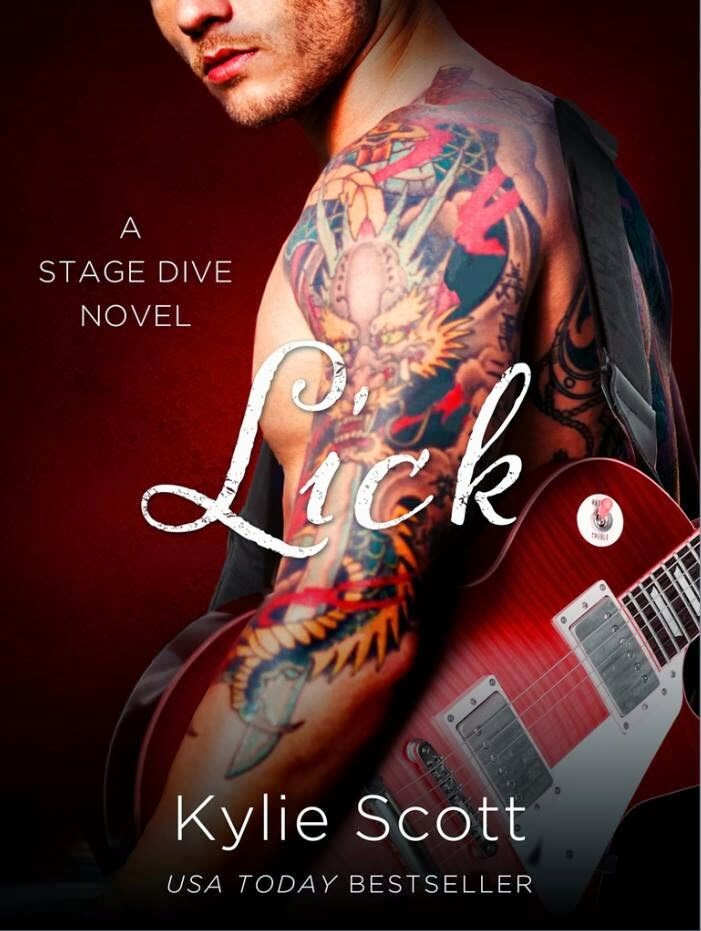 Posted by Kylie Griffin at 10:47 PM No comments:

A wonderful bunch of volunteers organised and ran the 6th Annual ARRA awards and celebrated all that's great in Aussie romance!

The night was full of entertainment (the keynote speaker was Helene Young and accompanied by a cast of wannabe author-actors, they enacted a murder mystery complete with a "dead" body capably played by Anna Campbell) and the food was absolutely scrumptious!

One of the highlights was catching with ARRA friends I'd met at Fremantle, WA last year at the RWA/ARRA Book-Signing and putting names to faces of other ARRA members and bloggers I'd only ever met online.
This year Allegiance Sworn was nominated in two categories - Members Choice Favorite Cover Award and Favorite Sci-Fi/Fantasy/Futuristic Romance.

I'm thrilled to announce that Allegiance Sworn is Australia's ARRA Favourite Sci-Fi/Fantasy/Futuristic Romance 2013! An awesome moment all round as last year Alliance Forged won this award, so it's a back-to-back win in this category.


You can find the full list of 2013 ARRA winners here.

Heroine Showdown - Imhara's into Round 2!

The Window Seat on a Rain Day continues its knock-down, drag-'em-out Heroine Showdown!

And great news is IMHARA IS INTO THE SECOND ROUND (thanks to everyone who voted in Round 1)! Woohoo!!!

The competition is getting tougher but I'm pretty sure Imhara can make it into the next round with your help again! So, if you have the time, I'd appreciate you ducking over to vote for her - here's the link. 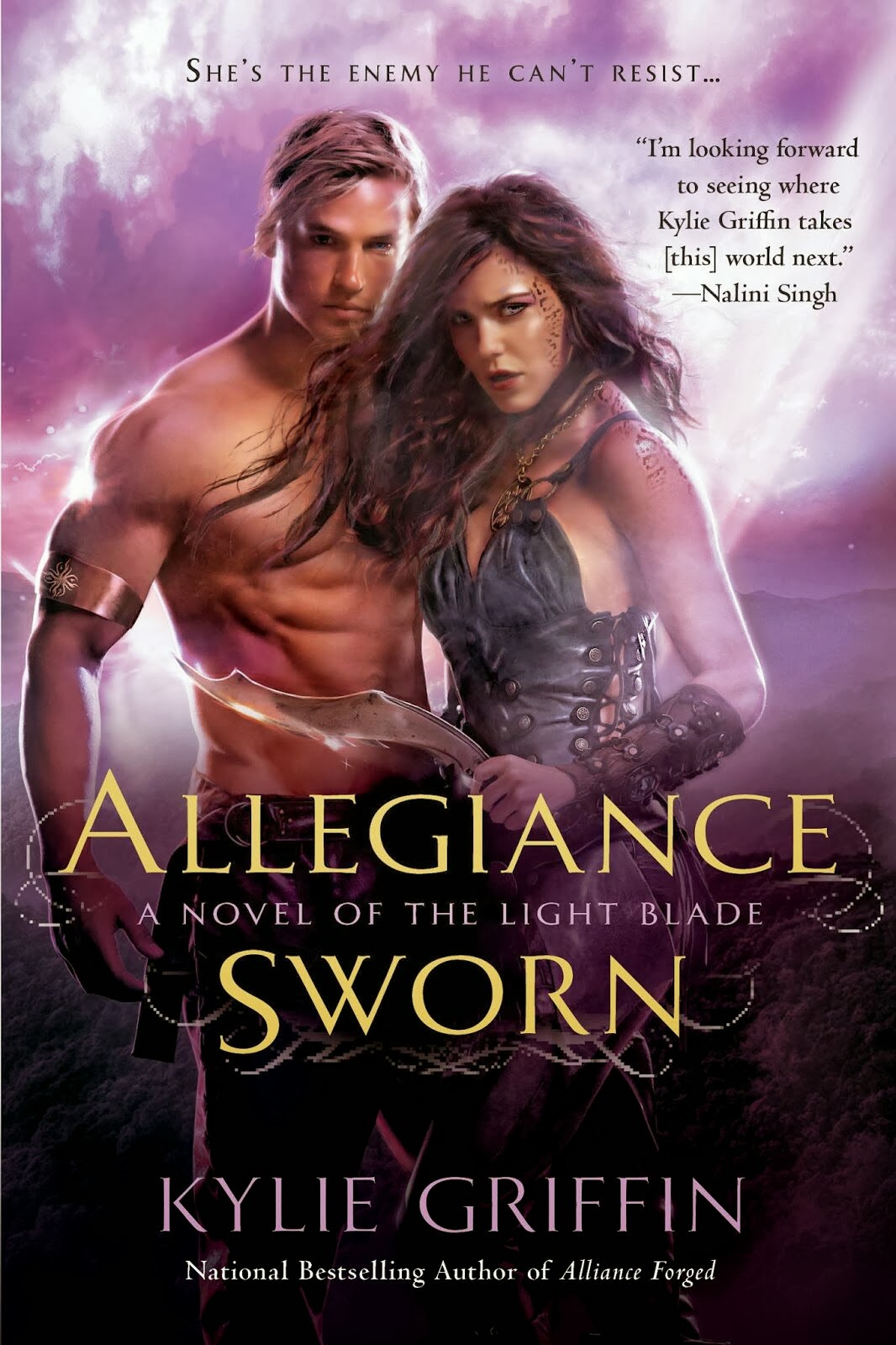 Posted by Kylie Griffin at 4:02 PM No comments: 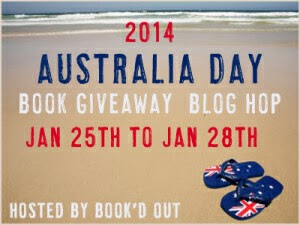 Shelleyrae over at Book'd Out is running an Australia Day Book Giveaway Blog Hop - and it's huge!

All the books are written by Australian authors.

There will be two winners chosen - one in Australia, one from outside Australia.

With over 50 hosts you have plenty of chances to win a great book this Australia Day Weekend!
So get hopping!

For full details, check out the blog post over at Book'd Out.


You can choose from these titles:

ALLEGIANCE SWORN is an ARRAwards finalist!

I woke to some awesome news this morning!

Sitting in my inbox was an email from the Australian Romance Readers Association letting me know that ALLEGIANCE SWORN is an ARRAwards finalist in the following categories: 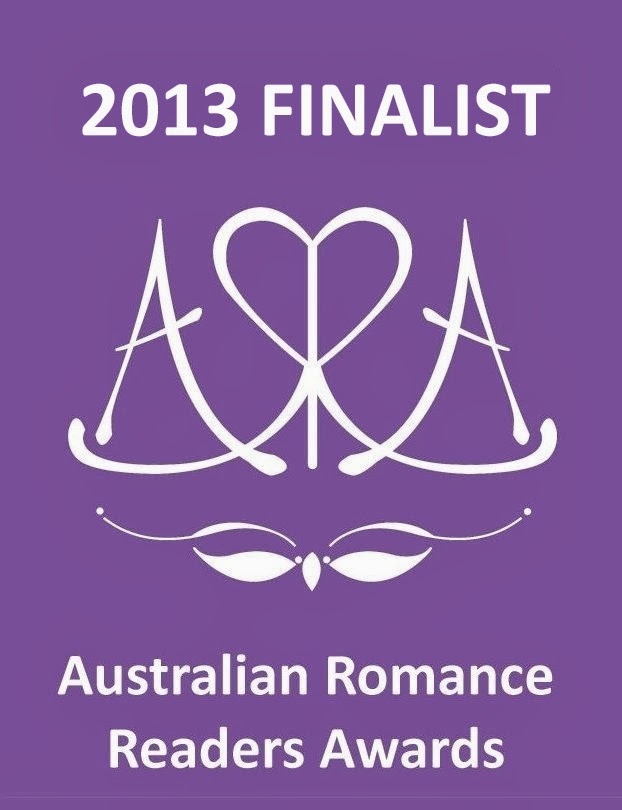 I'm so thrilled, especially on seeing the finalists lists on the ARRA blog - wow, am I in some fantastic company! Scrolling through them, I kept ticking off the ones I'd read and enjoyed. So many wonderful stories and authors!

And I'm tickled to pieces that my writing buddies Bec McMaster and Dakota Harrison are also nominated for a selection of ARRAwards! Woohoo!

Now, it's a waiting game - winners will be announced at the ARRAwards Dinner to be held on 22 March 2014 at Cello’s Restaurant in Sydney. 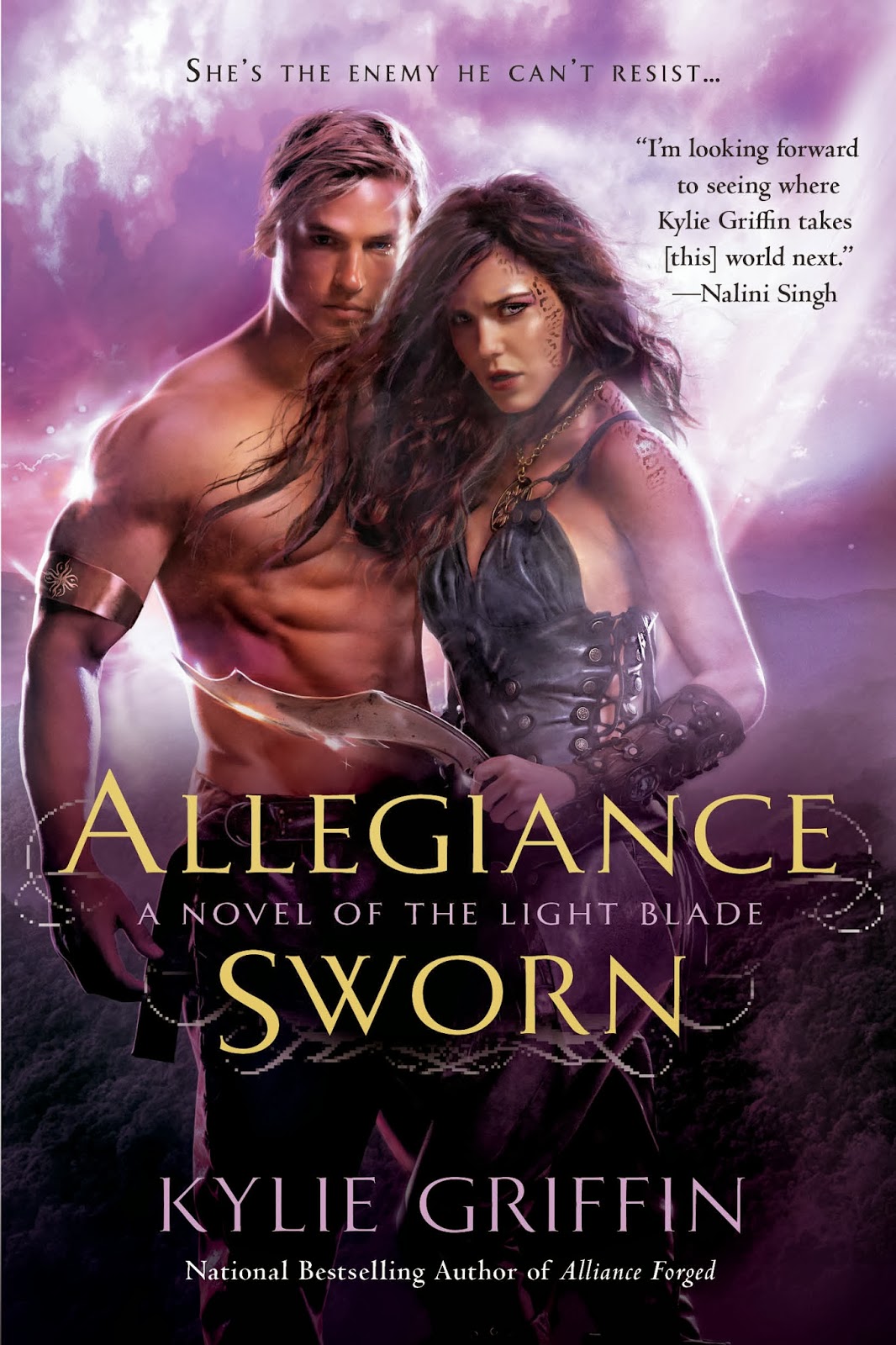