CHRISTINA ASHCROFT is an ex-pat Brit who now lives in Western Australia with her high school sweetheart, their three children, an eccentric Maltese-cross and three regal cats.

She can't remember a time when she didn't write, and always managed to include an element of fantasy or the paranormal in her English essay homework. Luckily her English teachers didn't mind, despite the fact these stories generally finished with the hero, heroine (or both) coming to a sticky end.

Thankfully by the time she hit fourteen she discovered romance novels and the wonder of a Happily Ever After. She now writes about hot archangels and the women who capture their hearts for Penguin/Berkley Heat and her books always have a happily-ever-after.

CHRISTINA PHILLIPS has an eerily similar history to CHRISTINA ASHCROFT and is also owned by three cats who believe the world revolves around them. As it happens, they are quite right.

Pseudonym or Given Name on the cover? Why a pseudonym?
I write paranormal/fantasy historical romances as Christina Phillips and paranormal romance as Christina Ashcroft. I chose my middle name Christina because I've always loved that name, and Phillips is my married name.

Ashcroft came about half way through 2011 when my editor suggested a new pen name for my new archangel series as it's a different sub-genre to my Roman/Druid books. Half the time I have no idea who I am and will answer to almost anything!

Location: Born in the UK and moved to sunny Western Australia at the end of 1998.

Published Genre/s: As Christina Phillips I write historical romance with hot Roman warriors and magical Druid heroines, Highland Warriors and vampires (not all at the same time!!!)

As Christina Ashcroft I write about fallen archangels and the women who capture their hearts.

My first book published as Christina Ashcroft, ARCHANGEL OF MERCY, is due for release on 4th December 2012. I've been assured the Mayans got it all wrong so here's to December 2012!!

The Nitty Gritty
List up to 5 significant events in your journey to publication?
Hooking up with my critique partners, Amanda Ashby and Sara Hantz. I was the last one to be published and those girls kept me motivated through all the lows and helped celebrate all the highs. This journey wouldn't be half as much fun without them!

Finalling in the RWNZ Meet the Editor Contest 2008. This was the first contest I'd entered in years and it was a terrific boost to my morale to be highly commended. The certificate also looks very awesome on my wall!!!

Signing with my agent was a huge milestone for me, and helped validate the countless hours I'd spent hunched over my keyboard during the previous nine years.

What resources/techniques/events did you find useful to develop your writing skills/craft?
The best thing I did very early on was join the e-Harlequin boards. This was when I was targeting Harlequin Mills and Boon, and the wealth of knowledge from published authors and visiting editors on those boards was just amazing. There was a sense of real community and I made some wonderful friends, including my CPs Amanda and Sara.

Can you share the special moment when you received THE CALL/THE EMAIL?
Three months after signing with my agent she sent me an email on a Thursday saying that she'd had interest from an editor and should know more soon. I have no idea how I got through the next five days.

What did "interest" mean? Just how excited should I be by this news? (A totally redundant question since I was so excited I couldn't eat, could hardly sleep and kept breaking out into hysterical giggles at inappropriate moments!) Thankfully I was put out of my suspense the following Tuesday when Berkley made an offer :-)

Looking back over your writing career, how have you grown as an author?
You're not talking about the size of my behind, are you? OK, moving on...!

Even over the last two and half years I can see how my writing has improved and that's down to my wonderful editor who really opened my eyes about several things during our last round of revisions!

How important is it to set career goals? Can you give an example of one you have for yourself?
Before I was published I didn't think much beyond the fact that I wanted to be published. That was my goal. But I do think it's important to set realistic goals because they act as a motivator and reminder of what I want to achieve. By that I mean I give myself daily or weekly word/page goals. At the end of last year I gave myself a January goal - to finish the revisions on one book and edit a second book and I managed both by 30th.

Can you describe your writing process/timeframe from when you start a new book to handing it in at deadline?
The process couldn't have been more different between my two historical romances and my first Archangel book so that's a hard one to answer. Timewise I give myself six months from starting the book to deadline but of course there's a whole heap of other writing related stuff that needs to be done during those months as well.

FORBIDDEN and CAPTIVE both had only minor edits at copyedit stage, but at 70k into my Archangel book I received substantial revisions from my editor which entailed rewriting and finishing the book within a month. And then I had revisions on the full book. I've said it before and I'll say it again - my editor is a goddess!!!

What do you enjoy the most in the publishing process?
My fave bits in the publishing process is seeing the cover for the first time! I've also loved the back cover blurbs Berkley have done for my books, so I enjoyed reading them through as well. And nothing beats opening the box that has just been delivered by FedEx and giving your book its very first cuddle!

What's the most memorable fan-mail you've received?
I will never forget the very first reader who contacted me. It was before FORBIDDEN came out and she'd seen a blurb about it on one of the reader boards. She also took the time to write to me after reading CAPTIVE to let me know how much she enjoyed the series.

Is there anything you think pre-publishers writers need to know about the business/industry before they're published?
Expect the unexpected. Be prepared for rejection even after you're published. And don't take a stinging review to heart. 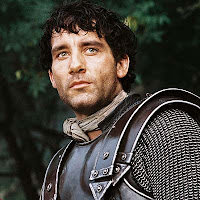 Hunkiest hero ever: Clive Owen is hot in whatever movie he's in, and is still my darling despite the times I cheat on him with Henry Cavill. I also have a bit of a crush on Jason Momoa from Stargate Atlantis. *fans self* that guy is so big!!!
Most daring thing you've done in your life: Moving from the UK to Australia.
Greatest love: My long-suffering husband and our Darling Offspring. Mustn't forget the cats, either...
Timeout/relaxation for me includes: Hahaha! Oh what, sorry...
Special quote/saying you like: OK it's an oldie now, but it's still a goodie - Never Give Up! Never Surrender! From Galaxy Quest.

Another one I live by (although not intentionally I can assure you!!!) is Never say Never. Because you can bet as soon as I say that I'll go and do it!
Posted by Kylie Griffin at 1:00 AM