For those unfamiliar with this special day, it's the official national day of Australia where we commemorate the establishment of first settlement in Sydney. On this day, in 1788, 11 convict ships arrived from Great Britain and Captain Arthur Phillip raised the Union Jack, declaring Australia as a British Colony (if you'd like to read a more comprehensive history of this day, use this link).

Over time though, it's evolved into celebrating what's great about Australia and being Australian. All our states and territories now have an official public holiday where we reflect on our achievements, big and small, and usually mark it with some sort of official local community ceremony where the contributions of individuals and community organisation are recognised.

And, of course, most Aussies can't let Australia Day slip by with some sort of water sports, a barbie and a beer or two.

My childhood (and not so childhood memories) fondly include the following activities to celebrate Australia Day... :-)


This year I'm celebrating quietly, no family get-together, but I think I might duck up to the pub for a shandy with the locals.
(Shandies are a combination of beer and lemonade, although I do like mine heavy on the lemonade. Quiet refreshing on a hot Summer day.) 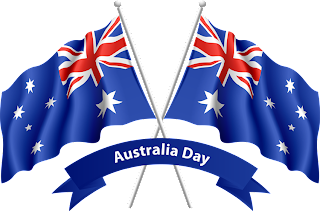 For the Aussies among us, what are your Australia Day memories?

For the non-Aussies, what day do you consider your official national day, and what do you do to commemorate it?