The Dark Side DownUnder series continues! I invited you to get to know some paranormal romance authors from Australia & New Zealand, maybe find a couple of new-to-you-authors & reads!

Today, S.E.Gilchrist is the Dark Sider in the hot seat!

SE can't remember a time when she didn't have a book in her hand. Now she writes stories where her favorite words are ...'what if' and 'where'? Her writing features stories in the romance genres of futuristic/sci-fi, fantasy, ancient history and post-apocalyptic. She has now added contemporary rural romance to this list. The heat level of her stories varies from scorching to sweet and everything in between.

SE is published by Momentum Moonlight and Escape Publishing and is an indie author.

Growing up, did you have an interest in the paranormal?
I've been an addict from a very young age ie devoured books on different countries' legends and mythology. Lost in Space and Dr Who were watched almost religiously.

What drew you to write in the paranormal romance genre?
Speaking from a sci-fi aspect, I love to invent worlds with different rules, cultures and politics. Places and people limited only by a person's imagination - who could resist?

In your books, what sorts of characters or themes do you like to write about?
My characters aren't superheroes. I like to draw them from every day life with normal hang ups, baggage and BIG problems which they have to deal with or overcome over the course of the story. 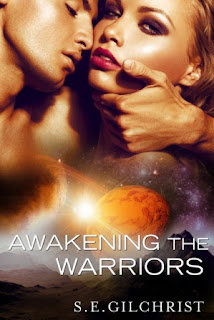 AWAKENING THE WARRIORS
Set in the world of the bestselling title Legend Beyond the Stars, an erotic novella about two warriors who have lost the ability to desire, and the human woman who is about to wake them up.
Fran must have been crazy to leave her ordinary, safe life and volunteer as a colonist to terra-form a new earth. Now she is trapped in a prison cell on an alien planet a zillion miles from home and bound for a hideous death in notorious research chambers.   She has one chance of escape: awaken the long dormant sexual urges of the Darkon Warriors shackled in the next cell.  It’s a desperate job, but someone has to do it. 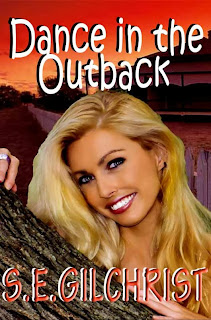 DANCE IN THE OUTBACK
Years ago Melanie Black was rescued from a burning house by her best mate, a fellow foster child. When he begs for help to save his marriage, she can’t refuse and soon finds herself on a cattle station supervising his children.
There isn’t a mall in sight. It’s hot and swarms with flies – none more persistent than Dirk Tanner who apparently wants her and his brother-in-law out of his sister’s life for good.
Before too long, Melanie finds herself falling in love with both him and the red expanse of the Outback. But to achieve her childhood dream of love and belonging, she has to face her worst nightmare. 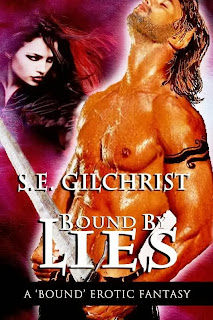 BOUND BY LIES
After trudging in the footsteps of the Fomorian army, Aileen longs to have a home of her own, far from the horrors of war. She will do anything to achieve her goal. Even lie to the kin of her newly deceased husband. But lies are nothing, compared with drugging a pixie king and stealing his memory … and his seed. Now Ioducus will teach her a lesson she won’t forget; and discovers, that here may be the one woman who can free him from his curse.