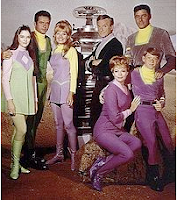 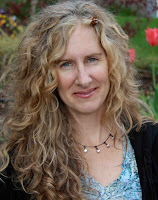 Her debut novel GHOST PLANET will be released by TOR/Macmillan on October 30, 2012. Sharon's first accomplishment as a writer came at the age of 10, when she received an honorable mention for her story "Ice Age Adventure" from Cricket Magazine.

YOUR THOUGHTS ON SFR:
Has the SF genre always fascinated you?
It has. I have always loved speculative fiction in general. My two favorite books as a kid were A Wrinkle in Time and Watership Down (anthropomorphic rabbits are speculative, right?). 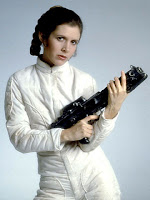 My best friend and I spent MANY hours playing Star Wars. She was in love with Han and I was in love with Luke. I always got to play Princess Leia (I was the older kid and very bossy). Luckily we'd grown out of it by the time Leia turned out to be Luke's sister.

What SF/R addictions can you lay claim to?
I watched a number of the Star Trek spinoffs pretty religiously, though that's been years ago now. I guess no addictions to speak of, though I have really enjoyed some of the recent SF offerings like Firefly and Battlestar Galactica.

Is there any one author, TV show, movie, producer, actor, other influence that inspires you?
Madeleine L'Engle was a huge influence – I read A Wrinkle in Time 13 times. I wanted to join that family.

Shortly before I wrote GHOST PLANET I saw the Danny Boyle film Sunshine, which I loved. My book is nothing like that story, but it flipped some kind of switch in me - before that I was writing mainly fantasy. Also the lead actor, Cillian Murphy, served as the inspiration for GHOST PLANET's hero, Dr. Grayson Murphy.

I get lots of inspiration from science books. For GHOST PLANET it was Symbiotic Planet, by biologist Lynn Margulis.

What sucked you in to writing science fiction - as opposed to being just a fan or reader of SF and whether it's straight SF, space opera, SFR or any other combination?
Ha, I think I just answered that question! Since that switch flipped, I have only written sci-fi. Well, the book I wrote after GHOST PLANET (aka Echo 8) is a near-future paranormal, but it was inspired by books I read on quantum theory and modern psi research.

As an author published in SFR, have you seen or do you see the genre gaining popularity in the marketplace?
Well, I'm not quite published yet, but I do think that especially with the launch of e-imprints like Carina there seems to be more demand for SFR. And no question Hollywood has embraced the subgenre.

I do, however, think it is still very tricky figuring out how to market these books. I think there are a lot of potential readers out there that we haven't yet figured out how to reach. There was some deliberation in my own house about whether it was best to market GHOST PLANET as romance or sci-fi.

YOUR WORK:
Published work in the SF/R genre: GHOST PLANET, to be released Oct. 30, 2012.
Publisher: Tor/Macmillan.
Your website: www.sharonlynnfisher.com

What unique slant have you given SF in your books?
I don't know about unique, but if I had to explain my "brand" as an author in a single sentence, it would go something like this:

Take some Big Question that has consequences for all of humanity, and burden two people with sorting out the mess that gets created when humanity answers the question wrong.

Also, I really like writing characters whose worlds have just been flipped upside-down.

Have you received feedback from readers about your work and what did they like about it?
My book is not released yet, but I did get an AMAZING cover quote from author Linnea Sinclair that I am always happy to share. :)


Fisher's GHOST PLANET grabs you right from the start and doesn't let go. An entrancing, addicting read, it keeps you on the edge of your seat with a fresh and fascinating take on the human-alien problem, while at the same time seduces you with a poignant love story. It's a psychological thriller, a science fiction adventure, and endearing romance all rolled up in one. Highly recommended!

Before the book was sold I also received some really great feedback from contest judges, and some of that is excerpted here. 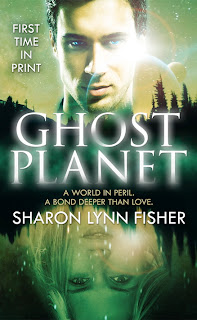 A world in peril. A bond deeper than love.
Psychologist Elizabeth Cole prepared for the worst when she accepted a job on a newly discovered world - a world where every colonist is tethered to an alien who manifests in the form of a dead loved one. But she never expected she'd struggle with the requirement to shun these “ghosts.” She never expected to be so attracted to the charming Irishman assigned as her supervisor. And she certainly never expected to discover she died in a transport crash en route to the planet.
As a ghost, Elizabeth is symbiotically linked to her supervisor, Murphy - creator of the Ghost Protocol, which forbids him to acknowledge or interact with her. Confused and alone - oppressed by her ghost status and tormented by forbidden love - Elizabeth works to unlock the secrets of her own existence.
But her quest for answers lands her in a tug-of-war between powerful interests, and she soon finds herself a pawn in the struggle for control of the planet…a struggle that could separate her forever from the man she loves.

FAVOURITE PICKS
Think back to all the TV shows/cartoons, movies and books you've read in the SF/R genre and answer the following...

Many of these are SF without the R. Also, I imagine I like a lot of the same stuff everyone else does – the original Star Wars trilogy, Firefly, Battlestar Galactica, Aliens, etc., so I decided to list some of my more obscure favorites (do I get to make my own rules like this? :) 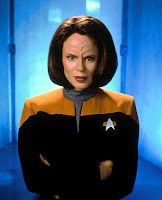 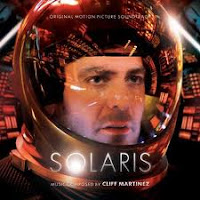 SF/R TV show or movie: Sunshine, Solaris (the Clooney version).
SF/R quote made by a character/actor/person: "Look! I have one job on this lousy ship, it's *stupid*, but I'm gonna do it! Okay?" (Galaxy Quest)
Posted by Kylie Griffin at 1:00 AM