From the Bookshelf...38 CALIBER COVER-UP

Taken from the bookshelf this week ... .38CALIBER COVER-UP. 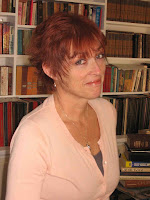 Author bio: An 11th generation Texan, ANGI MORGAN utilizes her strong heritage to create passionate characters willing to risk everything. She writes Intrigues where danger and honor collide with love.
When the house is quiet, she plots ways to engage her readers with complex story lines, throwing her characters into situations they’ll never overcome...until they find their one and only.

Hero bio: Undercover DEA Agent Erren Rhodes--He’s been undercover for six years and he’s ready to get out before he makes a mistake and “gets dead.” When his mentor is murdered, all he wants is revenge.

Heroine bio: Dallas Police Officer Darby O’Malley--Until recently, her only desire had been to work undercover. Now, it’s to clear her younger brother of murder charges. She’s on the edge of losing her job and her brother just may be guilty.

Interesting feature/s of this book:


.38CALIBER COVER-UP
AN UNDERCOVER AGENT, A BEAUTIFUL COP...
AND THE BULLET THAT BROUGHT THEM TOGETHER 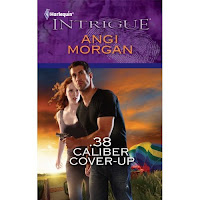 Undercover DEA agent Erren Rhodes was used to working alone. So the very idea of teaming up with Officer Darby O’Malley to ferret out a killer wasn’t exactly how he thought this critical mission would go. But thanks to information only the beautiful cop possessed, finding whoever was responsible for shooting Erren’s friend made Darby a valuable—and irresistible—partner. Digging into the case, though, revealed a far-reaching conspiracy…and angered all the wrong people.
Now, trying to bring a killer to justice while keeping Darby safe was making Erren remember why he was better off on his own. Especially when Darby made him long to hole up together in the safe house and never let her out of his sight.

Website link/s: http://angimorgan.com/ or Amazon or Harlequin
Posted by Kylie Griffin at 1:00 AM