Reasons Why You Never Want to Make an Author Mad

I'm a regular reader of the Supernatural Underground blog and last year an article written by Karina Cooper caught my eye, and had me giggling uncontrollably because I could so relate to the post.

I emailed her and asked permission to share her post here on my blog as I know some of you will appreciate it as much as I did. Without further ado, here it is...

Come on, you've seen us. We're all very lovely people, us authors. We smile at the cameras, sign books, hug fans, and so on. Surely, making an author mad must be akin to swatting at a dust bunny, right? I mean, what are we going to do? Cry into our keyboards?

See, yesterday I found myself in the middle of a task that I do actually need for this current run of books I'm plotting. And as I scrolled through pages and pages of data, I thought to myself, Karina, it's a damn good thing your profession is what it is.

Because how else am I to explain why my internet history is full of information on modern day torture techniques?

That's right. Let's talk about reason number one: We know how make you scream. We've researched it down to the last details—certainly not for ourselves, oh, no, but what out characters know, we know. And if we're carrying around a character who is an inquisitor, or a character who was tortured, or worse, we know.

Would we use it? Oh, of course not, officer! We'd never use this information for evil. We're entertainers, not in the business of making the things we know actually happen. Right?

Reason number two to avoid making us angry? We know how to hide the body. We've thoroughly researched it. Currents, erosion, garbage truck route details, you name it, we know it. We're a little obsessive when it comes to details, you might have noticed. After all, how else can we guarantee that the extra we offed in chapter 4 doesn't come to light until chapter 15? 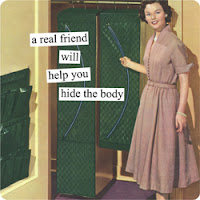 The devil is, in fact, in the details.

And speaking of details, let's talk about reason number three: we know things about weapons even the movies get wrong. In that obsession with details, we'll travel all over the information highway to get the facts.

Which means we know what kind of weapons a SEAL carries, we know which weapons jam underwater and which can fire in below freezing temperatures. We know which bullets will turn your brain into so much pink mist and which will leave a neat little exit wound, and which sniper rifle will make this easy.

We know about ninja stars, and the different kinds of knives. We know which guns have suppressors and which can be made to have suppressors, and that the potato suppressor doesn't actually work.
Oh, and I certainly don't mean we'd use these tidbits of terminal information on you! I mean characters, of course! We know how to kill characters. As I said, we're in the habit of making up stories, not in shaping reality. Rest easy, dear reader.

Which brings us to reason number four: Odds are, we have fans in the police department. No joke! If it's not the boys in blue who love us, it's the women. Or the wives. Regardless of who or how, the reality is, we have people who would love to give us alibis.

Wouldn't any of you give me an alibi if I rang you up one day? "Hey, listen, I'll make a character of your choice and thank you in the acknowledgements if you just tell these nice people where I was yesterday. You know, at your house. Watching Friends. And eating cheddar cheese."

Then there's reason number five: You remember school, when there'd be this rumor going around about "that girl" who did this one horribly embarrassing thing, and you knew—just knew—that everyone was talking about you?

Yeah. In our worlds, baby, we're the gods. And we will talk about you in our godly land of godliness.

You don't want that, do you?

So there you are. Five very good reasons not to piss off your favorite authors. Or even your not so favorite authors. They're really logical, aren't they? I mean, can't you just see the gorgeous Vicki Petersson cackling with glee as she comes up with creative ways to use a coin slot machine and a pair of dice to off somebody? 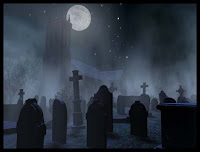 Or the fabulous Eve Silver, coming up with a viable scientific theory as to how a contagion plague could be released just at a certain point for maximum efficacy?
Let's not discount Merrie Destefano, who knows all the good places in New Orleans to hide a body, or Joss Ware, who knows seventeen ways to dismember a man beyond recognition.

Juliana Stone knows what kind of wounds look like animal attacks—"I have no idea, officer, it looks like a jaguar attack to me."—and Pamela Palmer who is an engineer, and you know how devilishly clever engineers are. I wouldn't mess with her with a twenty-foot pole and a getaway driver on speed dial.

Ahhh, authors. So innocent, and yet...

* Note: This post is entirely tongue-in-cheek and not actually a commentary on the likelihood of authors to commit heinous crimes against real, living people. This is a joke. A post devoted to the rather hilarious fact that we tend to research the most horrible things in our bid to get it right. 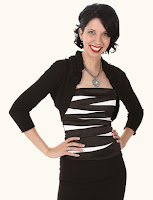 Karina's Bio: Born from the genetic mash-up of lesser royalty, storytellers, wanderers, and dreamers, Karina Cooper was destined to be a creative genius. As a child, she moved all over the country like some kind of waifish blond gypsy and thrived in the new cultures her family settled in. When she (finally) grew up, she skipped the whole genius part and fell in love with writing because, really, who doesn't love making things up for a living?

One part romance fanatic, one part total dork, and all imagination, she writes dark and sexy paranormal romance and historical urban fantasy. When she isn't writing, Karina is an airship captain's wife and Steampunk fashionista. She lives in the beautiful and rainy Pacific Northwest with a husband, four cats, two rabbits, the fantasy of a dog, and a passel of adopted gamer geeks.
Posted by Kylie Griffin at 6:56 AM