No, this is not some strange chemical formula or a new classification for attention deficit disorder. It's the acronym for the emotional fallout we all experience from contest feedback (and the same can be said of rejection letters if truth be known - ask me how I know!).

So, you've entered a writing contest with your work. You've put your baby out there and spent the last few months eagerly awaiting the results and feedback from the judges. You get it. You read it.

Some of it's positive. Some of it's mediocre. Some of it rips the rug out from under your feet - cuts you off at the knees and leaves you bleeding - makes you want to crawl under the bed and chew on your knuckles for the next hundred years.

The myriad of emotions sparked by this sort of feedback is what I want to address in this post. Firstly though, what does the acronym stand for?

(And at this point in time, I'm going to share your pain by baring some of the most gut wrenching comments I've received from judges over the last eight years, so you know you're not alone.) Here are some examples, some ranging from inappropriate to "constructive-but-I-felt-the-need-to-disagree-with-them" comments.

Example 1. (judging 3 chapters) "Heroine seems to be a plaster saint. Hero a lout with unreasonable expectations. They don't talk like people. Their names have a real '70's fantasy ring to them.
Voice: stop using $10 words you don't know how to use well and talk naturally. Get deeper into your characters' heads and your POV problems will clear up. Five spaces begin a paragraph, not two. Don't worry about the premise. Fix the voice. Premises are cheap. Voice is golden.
I feel this entry has been critiqued to death. You have the basic skills to tell a story and keep it interesting. That is ALL IT TAKES to get published, so screw your critique group!"

Example 3. (judging a synopsis) "To be honest, you can probably cut most of the first three paragraphs. I can see you're trying to hook the reader with the first para, but character introductions and action can do that as well as or better than a tag line. I'd recommend you get your world-building/setting out there, and then get straight to the characters."

OK, now that you've read them, can you imagine feeling angry? With maybe all three in varying degrees? Hmm-mm. I did.

So, there I am brewing with anger. The next stage of this cycle:
D&D - disbelief & denial, and these comes in varying forms as well. 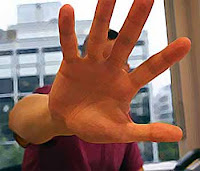 Admittedly the first two comment examples came at a stage in my contest career when I'd developed a pretty thick-skin, and after the initial shocking read I could relegate these judges comments to the "Disregard" file.
Very little of what they had to say was going to help me develop my skills as a writer other than to infuriate me on behalf of the beginning writer who did take their comments to heart and decided never to write again.

All that aside, there have been times I've read comments and begun to doubt my abilities as a writer. Am I good enough? Why do I bother to put myself through this? Will I ever reach a standard acceptable to be published? I thought I had this entry pretty well nailed, where did I go wrong? You ask yourself all these sorts of questions in this stage. You've got to push through, analyse your feedback objectively - see the gold amidst the debris - and come out more analytical & tougher on the other side.

And the last stage is:
A - acceptance.

The good thing about the last comment example is that the judge offered constructive advice. And once I'd cooled off and gone back to look I could see the value in what they'd suggested.

I reworked the synopsis, wrote a couple of alternate beginnings, used the advice and came up with something that incorporated some of what the judge said and something I could live with.

Some of those knee-jerk reactions you have to the judges comments are probably the ones that strike a resonating chord within you and subconsciously you know they're right. Also if more than one judge point out the same thing then you need to look seriously at that feedback with a view to editing your work.

Most judges volunteer to help you improve your skills and craft. They're not in it to belittle your ability or scoff at your plot or characters. If you take anything away from this post, and listen to some hard learned wisdom from a contest diva, remember this...you WILL go through every stage of the process I've outlined. Many, many, many, many times and at difference points in your career as a writer.

A last word on the issue - get used to it or (as one of my more shoot-straight-from-the-hip writing buddies says) get out of the game. Harsh advice. Yep. This business is tough.

But if you manage to stick it, develop that tough-skin and improve your craft, then the rewards will outweigh the hard times. Guaranteed. :-)
Posted by Kylie Griffin at 1:00 AM