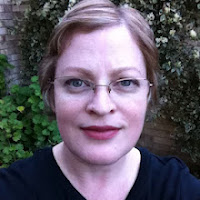 Romero’s zombie fFilms focus on life for survivors during and after an apocalypse. He shows the day to day life for these people and how they deal with the abrupt shift in what is normal. He likes to examine morality and justice once law and order are gone. That and carnage. He really likes to take a good long hard look at zombie chaos and carnage.

What challenges did you face getting published?
I’ve been writing seriously for six years now. The first manuscript I ever finished I was convinced was gold. No, platinum. It would probably be published exactly as it was. Not a one of my perfect words touched or defamed.

Obviously, I had a lot to learn.

My first manuscript critique was devastating. I didn’t get past page 20 on anything I started for about a year. So learning to take criticism but to bounce back was a big hurdle for me.

There’s an art form to growing a thick skin but keeping an open mind. Feedback from competitions and critique partners is integral (and highly useful for dealing with eventual rejections from agents and publishers). But of course, not everyone knows best and not everyone is constructive. Deciding to work with mentor Louise Cusack really helped me.

Which authors inspire you in your own writing?
Stephen King is amazing. If you haven’t read his ‘On Writing’ then you’re just being silly. Go read it.

Romance wise there are many wonderful writers. Lorelei James has a great minimal style I adore. Lauren Dane and Cherise Sinclair do brilliant characterisation. Anna Campbell pretty much owns Deep Point of View. I could go on and on but I won’t.

Title: FLESH.
Publisher: Momentum/Pan Macmillan.
Release Date: 1st October, 2012.
Hero bio: Daniel is a forty-year old loner. But when the world empties out he realises being alone isn’t all it’s cracked up to be.

Daniel is tall dark and handsome with a wicked sense of humour and no filter between his brain and his mouth whatsoever. Finn is the pretty-blonde-boy with intensity. He also happens to be hella good with a gun.

Finn is a twenty-six year old cop with protective instincts on over-drive. But what do Law and Order even mean in the new world?

Heroine bio:
Ali is a thirty-something year old shut in. Literally. Ever since the Zombie Plague struck fifty-three days ago she’s been living in her neighbour’s attic, sleeping with a shotgun, surviving off scraps and barely scraping by. A chance meeting with the too tall, too charming Daniel changes all that. He lures her out of her hidey-hole and the two take to the road, in search of somewhere better, away from the city and bulk of the infected.

Trust doesn’t come easy to Ali but Daniel isn’t the type to give up. And then she meets Finn. Nice normal girls with middle-class backgrounds don’t go for two men at once. But nice and normal are nothing like they used to be.

If there was nothing and no one to stop people from doing whatever they pleased, how would they behave? And what would happen when the lights went out? Supermarkets would be well raided so supplies wouldn’t be easy to come by. Medical staff would have been at the forefront of any outbreak so it’s unlikely there would be many Doctors left.

What would it be like if canned goods were your only real friend food wise, and getting an infection from a scratch could mean the difference between life and death? You’d have to imagine sex and relationships would certainly be cast in a whole new light with the downfall of everything you’ve ever known. Hope and trust would be a beautiful, wonderful and occasionally steamy thing (because repopulation matters, right?)...

There’s also a short story set in the same world featuring different characters available through Momentum 1st November as part of the Hot Down Under series. Yay! 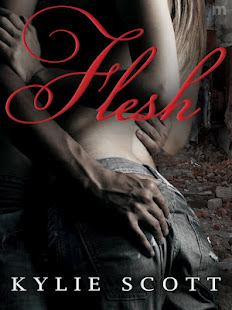 FLESH
Ali has been hiding in an attic since civilisation collapsed eight weeks ago.

When the plague hit, her neighbours turned into mindless, hungry, homicidal maniacs.

Daniel has been a loner his entire life. Then the world empties and he realises that being alone isn’t all it’s cracked up to be.

Finn is a former cop who is desperate for companionship, and willing to do anything it takes to protect the survivors around him.

When the three cross paths they band together; sparks fly, romance blooms in the wasteland and Ali, Daniel and Finn bend to their very human needs in the ruins of civilisation.

Lust, love and trust all come under fire in Flesh as the three band together to survive, hunted through the suburban wastelands. 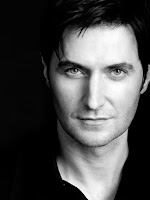 Five Minutes with Kylie Scott
Fav.must-read author/s: Stephen King, Lorelei James, Lauren Dane, Roni Loren...
For relaxation you like to: Hang out with kids and partner. Stare at the TV with a cold drink in my hand. Hoola-Hoop. Guitar. Read and read and read.
Fav.colour: Dark blue.
Dream holiday destination: I’d love to go America. I haven’t been there yet.
Hunkiest Actor: This week, it’s Richard Armitage. (Subject to change without notice.)
You can find out more about Kylie on her website.
Posted by Kylie Griffin at 1:00 AM