The wonderful, incredibly knowledgeable, Paul Roe is my guest blogger for the next four weeks. She's written a fantastic series on craft techniques for writers (and it's not just aimed at romance writers!).

The Mid-Week Technique series - there are 8 posts as of Dec.2012 - are on her blog. I'll place a list of them with the last guest post, at the end of the month, for anyone who wants to read all of them (and I highly recommend you check them out as they're gems in terms of information and examples).

NINE POINTS OF TRUST - by Paula Roe
So here we go – my first topic.  I actually came across this issue as I was writing my seventh book (A Precious Inheritance, part of Desire’s exciting Highest Bidder continuity), and after I handed it in, wondered if other writers had the same issue.  Mainly, the two main characters (in my case, my hero and heroine) start off at the beginning of the story disliking and mistrusting each other, and over the course of the book, they end up trusting, then loving, to reach their happy-ever-after.  But just how do you practically write about that?  How do you show that gradual change of mind – in actual words on the page – that will be convincing to your reader?

This analysis warranted going to the movies, plus my trusty index cards, and I think I managed to pin down Nine Points of Trust.  For ease of writing, I have made the heroine the distrustful one, but this can go both ways.  Plus, for a point of reference, I’ll use one of my favorite movies – I, Robot  (featuring the fabbo Will Smith) – as an example.  So here we go.

1. MISTRUST (internal emotion)
Mistrust is formed either through direct deeds of your character or via others’ deeds.  This creates conflict within your character and arouses strong emotions.  Reasons for this mistrust can include:
At this stage, there can be attraction or not, and your character can either acknowledge that or not. e .g. “Sure, he was gorgeous, but he also represented ten years of oppression and ridicule.”

*** Depending on your story, Point 8 may not be needed.  Why not?  Well, sometimes (in short category, especially) it could be a bit of overkill: you’ve spent all those pages getting from distrust to trust, taking your readers on that journey and now something happens to seemingly blow it all out of the water.  I’m not saying it never works, but it could throw the story prior to that point into disarray.  For e.g. if the heroine can believe the hero is still the awful person she thought at the start of the book from one action/misunderstanding/revelation, then what was the point of the journey?

Of course it’s up to you, the writer, to make the point

I do have one moment in  book # 7 where the hero thinks the heroine is behind something illegal but after he thinks it through, realizes that’s a stupid thing to think.  Then he consequently beats himself up about it, believing he doesn’t deserve her if he can automatically doubt her integrity.  It’s not a chapter or a long scene, rather a few paragraphs, but it was a logical thought for this character, so I kept this step.

9. TRUST
At this total point of trust, it doesn’t mean that’s the end of your story.  You will also have to tie up loose ends in your plot/secondary characters/backstory/character goals etc.  But it does mean that your characters will be working together for a common goal.

Now, on to the practical application of I, Robot.  The interesting thing here is that some points are actually grouped together and are in a different order.  Lemme show you:

I, ROBOT
Susan Calvin is a driven scientist dedicating her entire career to building and integrating robots into human society.  She is logical, clever and literal, and also appears to be lacking in humor.

Detective Del Spooner is a cocky charmer, hates robots and suspects one of killing the co-founder of United States Robotics, Dr Lanning, even though his death was deemed a suicide.

There could possibly be flaws and things I’ve omitted, but hey, that’s the beauty of discovering a different writing method, right?   Love to hear your thoughts! 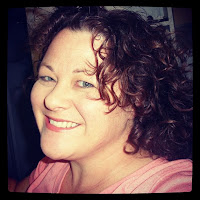 Author bio: Paula Roe is a bestselling, multi-published author with over a quarter of a million books sold world-wide. Her articles have appeared in writing journals, blogs and hard copy and she is a frequent speaker at conferences and local writing groups.

Visit her at http://www.paularoe.com/
Posted by Kylie Griffin at 1:00 AM