Today, I have a guest blogger - Cassandra Shaw. She's talking about digging deep to find the layers to your character's motivations.

Dig Deep - finding your character's layers for their motivation.

When writing a story, long, short or epic our characters have to have motivation for the way the act, react and why we as writers portray them that way.

We might never share all the motivations with our readers but we the writer should know our characters intimately.

In our characters story arc we might want them to go from cold and remote to someone who is protective and loving –maybe to only our heroine, to his kid he discovered he had, to the his old army mate who he thought was dead.  The arc could be something simple like he’s a cop and he doesn’t trust another agency to share information yet by the end of the book he is working for that agency.
If we as writers don’t really understand the driving force of our characters personality than we can’t portray them accurately or with depth to our readers.

We probably don’t need to know he prefers white soap to blue. Or that he busted Toby Jacobs nose in fourth grade – unless Toby is in the story.  What we need, desperately need to know is what events, catastrophe, or life situation caused/created our character to be the way we need to portray at the beginning of our story arc.

So let’s get the shovel out, scrape back the turf and start to find what created this trust issue. But remember in soil there are layers. Turf, top soil, sub-soil etc. We should examine each layer of what create our character.
At the very top we have the layer we all see

Each soil layer listed above represents what made our character act and react the way they do today—in our story.  We cannot make them distrust men or women if they’ve had a great childhood, wonderful past partners and life has been like a Brady Bunch set.

So let’s find the reasons behind the racist, cynical, angry man I’m going to describe below.

Layer 1: The plants – is what we see on the surface
·       A man who holds himself aloof.
·       The woman who has no trust in men but has many female friends.  T
·       The hero who feels he must protect but can’t bond with anyone etc.
So let’s pick a scenario  - a character type that is popular in romance -  the hard bitten hero who doesn’t easily trust. He’s a good detective and feels the needs to protect innocents. We’ll call our hero Mike.
We’ll make him distrust wealth, lawyers and he is slightly racist about Asian’s.

Layer 2:  Stick the shovel in – find Horizion 0 – The humus.
This is not very deep but we might see Mike has one good buddy who he watches sports, kills a beer, shoots pool with, but doesn’t share his personal life or inner thoughts.  So we know Mike can connect on some level, just not in an open manner.  He dates women but mostly for sex as he isn’t interested in them as partners nor does he like them much. His main frustration / hate in life are lawyers. Lawyers find ways of releasing the people he arrested on a technicality even though the person committed the crime.  He hates wealthy people who use their money to get free almost as much.

Layer 3: Put your boot harder onto the steel blade of the shovel and press and we expose Horizon A – the Top Soil.
This could be where we find Mike’s past relationships with women.  Top soil is usually the main plant growth matter but if here we discover Mike’s first two (and only) girlfriends left him. Girlfriend A, ran off with a football player in college because he was signed onto a team and she smelt money.  Girlfriend B, because Mike stopped studying law  (he distrusts lawyers and although his father wants him to be one he doesn’t want to live that lie) dropped out of college and joined the police force.  A & B, confirm women only want successful men with the potential to earn big $$$.

Layer 4: By this time you’ve got to Horizon B – the Subsoil.
Here we could find how he was treated in high school.  Perhaps Mike was tall and gangly, bright and geeky and really uncool ---- or he could even have him as the high school football captain but because of the next layers below - he is an angry kid who no one really likes.
I’m making Mike that kid. The angry kid. He’s good looking and the girls like him but because he is angry (see reasons in lower layers) he treats them like dirt for liking him, they dump him for the other boys.  Only the girls have chosen boys who are getting better grades and have richer families etc. He also notes that the boys with money are more popular than the poor ones.  So he sees money / prestige diggers.

Layer 5: Horizon C – Regolith.
We’re getting into his family life here and we discover he has no women in his life and his dad’s a heartbroken man who never got over Mike’s mother.  Mikes dad dates rarely, hires the odd hooker for sex and never brings women home. Although he is a cop, Mike’s father has a drinking problem which leaves them poor and his dad with bad hangovers that leave him cranky. He doesn’t beat Mike but is verbally abusive.  Mike has grown up without female companionship so he sees / thinks they are for nothing more than sex, will break your heart and destroy you emotionally.

Layer 6:  Horizon R – Bedrock.  The deepest roots only go here.
And it’s here for Mike where it all started.  Mike’s mother packed her bags and left when he was six years old.  She never said goodbye to either male in her life.  Her note was brief. I need more, don’t look for me. After Mike’s father (who is a cop and who loves his wife desperately) does some investigating he discovers his wife ran off with one of the town’s Lawyers. A wealthy Asian Lawyer.  So for Mike, not only did she remove her love and the security a mother provides, she left his dad for someone with more money and prestige.

No all our hero’s will need for us to dig until we get to bedrock but some will.  Mikes reasoning could be the college girlfriends.  Have him love them and propose, they dump him for money etc.

My scenario gives me a chance to show a hero who has trust issues that run all the way to bedrock in his personality. He feels he can’t love a woman, thinks woman are only for sex, can’t connect with anyone around him, dislikes Asians and lawyers and he has wealth issues.
I only need to make my heroine part Asian, a lawyer from old money and there is my conflict and my hero’s motivation not to trust her and fall in love.

But the truth is in this scenario the core motivation is trust – Mike doesn’t trust women on any level. And that will be the guiding motivation throughout the character Arc for Mike. Everything my heroine does, how she reacts to things, or says, Mike will consider with distrust.

Give your characters deep reason for their actions – for Mike I wanted to show you how he had deep seated trust issues.

So get to know your characters and share it in small droplets as backstory in your manuscript.

What are the key motivators for your characters in your latest WIP?? 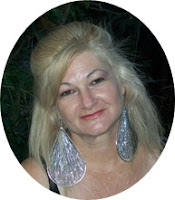 Born a dreamer I've spend half my life staring out windows living an alternate fanciful life that exists in the realms of my sub-conscious. My 'Other World'. It’s just so darn good there.

Previously in life I've gained a Degree in Environmental Management, worked in offices in a multitude of positions, studied fashion design, run my own business and spent nearly nineteen years caring for orphaned and injured wildlife.

These days, I work from home honing my writing skills. I share my life with my husband, our two children and a menagerie of animals on our hobby farm in the hinterland of the Sunshine Coast in beautiful Queensland Australia.  When not writing, I can be found drawing, sculpting, gardening and taking my children to their multitude of dance, guitar & tennis lessons.

What do I read?  Well that a bit of a rollercoaster ride. Depends on the mood, the week, what I have available.  I've read and read many genre's.  Romance, mysteries, biographies, sci-fi, fantasy,space opera, time travel, suspense, epics, paranormals and I even squeeze in a little historical and regency when the fancy takes hold.

Favourite Novel of all time?  "Gone with the Wind."  Why?   Have you read it?

Favourite thing I like to do?  Laugh so hard tears run down my face.
Posted by Kylie Griffin at 1:00 AM