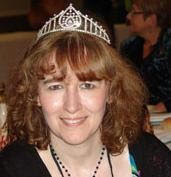 Christina Phillips has always loved writing, and while her efforts in eighth grade usually involved space ships, time travel and unfortunate endings, as soon as she discovered romance novels a whole new world opened up. She now writes ancient historical romances about strong heroines and gorgeous warrior heroes who, no matter how torturous the journey, are guaranteed a happy-ever-after.

Christina was born in the United Kingdom, but now lives in sunny Western Australia with her real-life hero and their three children. She is represented by Emmanuelle Alspaugh of JELM.
Today, Christina shares her thoughts with us on her writing process (among other interesting facts), and FORDBIDDEN, her exciting debut release with Berkley Heat. Without further ado, let's find out more about her!

Favourite childhood toy: It was a huge soft bodied, plastic faced clown that I called Arthur. Thinking back, it was a scary-ass thing to buy a small child but I loved it and dragged it everywhere. I was also obsessed by the name Arthur and called the cat by that too. Despite the fact she was a girl.

Shudder...I remember a clown in one of Stephen King's tele-movies that gave me the willies - loved the movie, but now I hate any doll that looks like a clown, even to this day!

Greatest Vice: Procrastination. I've turned it into an art form and it's a real monster!

Hmm, I wonder if anyone has invented a spray or herbal remedy that banishes this bane of all writers? Wouldn't they make a fortune if they ever did? *lol*

Most intriguing place you’ve visited: Growing up in the UK I visited all the Norman ruins as a child, Hever Castle, Stonehenge (back in the days before it was fenced off), Hastings and Wales... and never appreciated any of it. Sigh. I'd love to have those opportunities again to soak up all that marvellous history.

Oh, you lucky duck! Imagine having those places as your childhood playground. And being able to visit them as a child ... wow, talk about stimulating your imagination and grooming your creativity for your adult years! Double sigh. 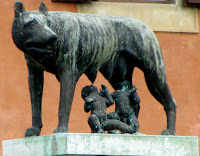 A place you've yet to visit & want to: I really want to visit Rome. I've loved all the photos you've been sharing on your blog (although they've made me very jealous!!!) To be honest, I want to travel around Europe and ideally write the trip off as a tax deduction! (Yes, I do like living in my own little fantasy world!)

One day, Christina, one day we'll be able to travel and claim it all on tax (heh, heh). Keep those receipts!

Author/s in your genre who you enjoy reading: I love reading so many different authors across genres I can't answer this question! However, I've recently finished Michelle Styles The Viking's Captive Princess, and have Juliet Marillier's Heir to Sevenwaters next on my tbr pile.

LOL - I know how you feel, Christina. I can't define a small list of favourite authors either.

Who or what influenced you to write in the genre/s you’re now published in? I've always loved history, and have always loved reading historical romances since I was a child. I devoured Victoria Holt's novels when I was eleven and Forever Amber by Kathleen Winsor left quite an impression on my pre-teen imagination!

When developing a story who tends to appear first in your mind, the hero or heroine, and why? In FORBIDDEN, both Maximus and Carys appeared to me at the same time. Although that first vision of them never made it into the book, the essence of their forbidden love, their warring cultures and the impossibility of how they could ever be together, did. With Captive, however, I knew that was Carys's best friend Morwyn's story. But her hero soon made himself known to me, gripped hold of my heart and still hasn't let go...

Only other writers will understand this feeling, and don't you love how characters can do that to you! 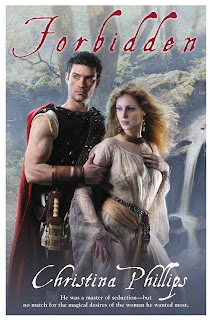 Carys knew from the moment she first spied on Maximus in his naked barbarian glory that he was a dangerous Roman centurion—his taut, battle-scarred flesh marking him as a fearless warrior. But her desire for him was as undeniable as it was illicit.

Charged by his emperor to eliminate a clan of powerful Druids in Britain, Maximus never expects his mission to be thwarted by the clan’s ethereal princess, Carys, his daring voyeur. Falling under her spell, he doesn’t realize her true heritage--until he captures her heart as well as her body.

As Carys’s loyalties are twisted, and freedom is no longer her single-minded obsession, an avenging former lover threatens to crush Maximus’ people into oblivion. Now Carys and Maximus must overcome the devastation of war and face the ultimate sacrifice if their forbidden love is to survive.

Christina, the cover of FORBIDDEN is gorgeous - I love the detail in it!

(And good news for readers is that the second in this series, CAPTIVE, is due for release from Berkley Heat in Sept.2011!)
In FORBIDDEN, what about your hero or heroine inspired you? In FORBIDDEN, once Carys decides she wants Maximus nothing is going to stand in her way. She is a druid and devoted to her goddess, Cerridwen, but occasionally is not above interpreting the signs from her goddess in ways that best suit herself. I'm not sure if that stubborn aspect of her personality inspires me but it does make me giggle!

Thanks for dropping in and sharing! :-) It's always fun finding out things about other authors, especially how their books and characters originate. To find out more about Christina or her series, visit her website.

Thanks for having me, Kylie!

Now for the really exciting part - Christina has an autographed copy of FORBIDDEN to give away. To be the proud owner her new release, just answer this question...


What ancient time period would you enjoy exploring?

Leave your answer in the comments section by Friday midnight, 3rd September 2010 (Aussie time) and the winner will be announced September 5th here on this blog.

Here's the blurb to Christina's new book, CAPTIVE. (Yet another brilliant cover!) 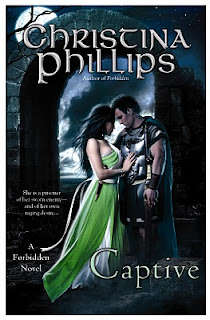 She is a prisoner of her sworn enemy - and her own desire...

Having lost faith when Roman invaders destroyed life as she knew it, Morwyn took a cow of elibacy to spite her goddess. But before she can join up with the rebels, she;s captured by a Gaul mercenary whose animal charms and chiseled body will test her conviction...and make it harder to kill him.

Bren, pledged to the true Briton king, has spent three years undercover in the Roman Legion. So when his own unit attacks and brutilized a fiery Celtic beauty, he saves her the only way he can - by claiming her as his prisoner. But unlike his men, Bren would never take the woman by force, no matter how obviously she burns for his touch.

As they near Roman headquarters, Morwyn resolves to honor her vow of celibacy - but if the Gaul were to ravage her, could she be blamed for enjoying his body? With just a hint of seduction, sooner or later the Gaul will succumb to his exquisite captive...