I headed across the Tasman Sea to the land of the Long White Cloud to interview Romance Writers' of New Zealand's founding member - Jean Drew, aka Jean Adams.


Can you tell us a little about yourself?

Originally from England, I now live in New Zealand, where I've lived for more years than I care to remember.
Writing is my passion and I've had five books published, with the sixth due any day. Book number seven is in the pipeline, with eight, nine, ten and eleven still in the WIP stage but getting closer and work on each of them for fifteen minutes each day. It's amazing how much you can accomplish with 15 minutes focused time.
My second passion is ancient Egypt, so naturally three of the books are set there. Can't wait to see them in print. :-)

Oh, Egypt is a place I'd love to travel to - it's been on my Bucket List for so many years. I loved studying ancient Egyptian history!

When did you start to write and how long did it take you to be published?
I started half-heartedly dabbling in writing many moons ago, when I fancied myself to be the next Agatha Christie. Unfortunately, the plots didn't pan out the way they should have. It was a long time before I started writing again and by them I had discovered romance.

It was love at first read and I've never looked back. It took a while to get published but it was worth the wait. A brief hiatus a couple of years ago almost saw me chuck it away. Thank goodness I didn't. That break away has strengthenend my passion.

Are you a pantster, scener, or plotter? Is it your characters or plot that influence you most?
I'm definitely a plotter but I didn't used to be. I was once a pantser but the stories went off at tangents that I couldn't control and my books ended up twice the size they should have been. It wasn't until I went to an RWAmerica conference that I found out that most people plot. What a revelation! Totally freeing. The characters are my greatest influence.

Can you tell us about your latest release?
THE FIRES OF PASSION, the second book in the Patiki Bay series, (the first was YESTERDAY'S DREAMS released in January 2011) is about a jaded New York jeweller, Blaize Hathaway. For his own reasons, Blaize despises rich women. Then he meets the heroine, Kimberley Holland, who challenges every belief he's ever held about rich women, and he's hooked.

Just once in her life, every woman should know a man like Blaize Hathaway.

THE FIRES OF PASSION:
When Kimberley Holland shrugs off her family and relocates to the other side of the world, she never imagines she'll find herself alone with a drop-dead gorgeous stranger who threatens her new-found freedom. His touch leaves her questioning far more than her good breeding, and leaves her hungry for the man. Her grandmother's wise words encourage her that life is meant to be lived with passion -- but is one week long enough?

Blaize Hathaway despises wealthy women. They are predators who prey on ambitious young men with pockets full of dreams but no money. Then he meets well-bred Kimberley who challenges all his beliefs. By the time he realizes she's different, he's in well over his head.

Yet before Blaize can surrender to the fires of passion, he must escape the torments of a darkened past. Will he find the peace he yearns for, or will he be too late?

What’s the most unusual place you have visited?
It has to be Egypt.
Which book that you’ve read has made a lasting impression on you? And why?
Ah, an easy question. Without doubt FLOWERS FROM THE STORM by Laura Kinsale. That book had such a profound effect on me that I couldn't write, or read anything else, for two weeks.

If you weren’t doing what you do today, what other job would you have?
Archaeologist in Egypt or Britain. 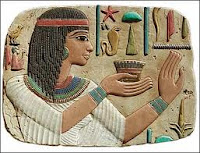 What’s next for you? What are you working on?
Another two contemporaries are in the pipeline, but I am also working on DAUGHTERS OF EGYPT, a trilogy set, guess where, ancient Egypt. :) One is finished and "resting" while I work on the other two.
Do you have any advice/handy tips/craft skills you’d like to share with unpublished authors?
Read, read, read. Never give up, and never let anyone who doesn't understand the genre, read your work. They'll put you crook.

Jean, thank you so much for joining me here on my blog today! If you'd like to find out more about Jean, check out her website or her publishers - The Wild Rose Press or Highland Press.

Some of Jean's other books: