CAST OF CHARACTERS: Annika - the half-blood heroine of Vengeance Born

I thought I'd share some facts and information about Annika, the heroine, from VENGEANCE BORN.

Race: Na'Chi (half human, half demon)

Background: Annika's mother was a human Light Blade warrior. Her father is Na'Rei Savyr, the demon king. Her father kidnapped her mother and raped her to breed a half-blood child to get even with an old enemy. 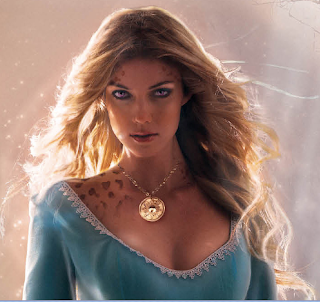 In demon society, Annika belongs at the very bottom of the social order, her Na'Chi status even placing her below the human slaves who serve the Na'Reish.

She grows up teased, tormented and abused by demons and humans but finds a mentor in Hesia, an elderly woman who teaches her healing skills. The healer teaches her about the Lady, the deity humans revere and the Na'Reish ridicule.

Annika dreams of finding out more about her human heritage, and plans to escape her tormented life. She also hopes to find someone who will love her for who she is.

Skills: She's able to heal or kill with a touch. Thanks to Hesia's influence she's chosen to help others instead of use the power to elevate her status among the Na'Reish (where power earns respect). 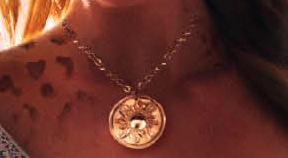