My guest author today has an amazing resume of careers and qualifications - teacher, secretary, legal executive, a radio announcer’s certificate, a diploma in journalism/creative writing, the major part of a Diploma in Business, and even part of a Bachelor of Arts degree and an Interior Decorating diploma.

She's an avid reader and at the relatively young age of 51 she discovered her true passion - writing!

Vonnie, tell us a little about yourself? 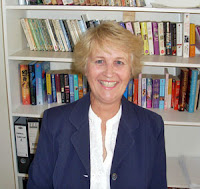 I was born in New Zealand and our family emigrated to Australia eight years ago.
I've been writing since I could hold a pencil. I wrote scads of poetry and short stories but began trying to write historical romance novels about nine years ago when I was self-employed in recruitment and had a houseful of people—own adult family and overseas students.
I think I wrote in order to get some peace. (Our computer lurked downstairs in the rumpus room that had a view of a ferny grotto outside).

What do you think it is about your genre that readers find so fascinating?
Well, I write in two genres – Regency and Romantic Suspense. The continuing attraction of the Regency era never fails to astound me. It went down for a while about five or six years ago (or so editors told us) but it’s up and running now like a hare.

I’ve been in love with the Regency era since I was eleven, when my brother introduced me to Georgette Heyer. Being a typical male teenager, he was sniggering at the phrase “a titter ran around the court.” When he showed me, I grabbed the book and was hooked, titter or no titter.

I think the subtle manners and restricted milieu of the Regency appeal to readers and writers alike. Those who are used to the genre know the rules and it is a safe, comfortable genre to enjoy. Sure, heroes of that era were alpha, but the women managed them just fine with no more than a cutting tongue and an excellent cleavage. I prefer however to write about the emerging middle class who formed the basis of England’s future.

The appeal of my other genre, romantic suspense, is easily seen. The mysteries and intricacies of police procedure, the suspense and tension draw in a large group of readers. I love intrigue myself, and read loads of it.

I have a bunch of favourite authors in that field such as Lisa Gardner, Beverley Barton, Sandra Brown, Karen Rose, Lee Child (love that Jack Reacher) and Georges Simenon. Georges Simenon is a bit out of fashion now, but I love his world-weary protagonists and the antagonists with a lot of good in them. Love the way that man saw everyone in shades of grey.

Oh, I have a few Sandra Brown & Beverley Barton novels written in the mid-eighties when they wrote for Loveswept and MIRA!

Can you tell us about your latest release?

LETHAL REFUGE is my latest release and it comes out shortly as an e-book with the Wild Rose Press.

It's set in New Zealand and begins with a young woman trying to escape a killer. The Police thrust her into the witness protection program (the Unit) but she is a woman who trusts no-one, and tossing her life into someone else’s hands is her worst nightmare.

Brand Turner is the psychologist for the Unit. He demands trust from relocatees so he can ease them into their new identities successfully.

Then a traitor within the Unit discloses Celie’s whereabouts and she must trust Brand to keep her safe. They go on the run, trying to keep one step ahead of the law. Because it is possible the traitor is one of the cops assigned to the Unit.

You've done some travelling. What’s the most unusual place you have visited?
I’d have to say that my flight over Antarctica back in the days when Air New Zealand made four flights every spring/summer (November) was not only the most unusual place I’ve ‘visited’ but also one of the major highlights of my life.

I was on the flight the week before the one that crashed into the side of Mt Erebus. At first it was a sociable, champagne flight then as we neared those icy wastes, everyone fell silent with awe at the pristine landscape outside.

And that is what is so striking about Antarctica – you can literally tread where no man has trod before. (Not that I’ve ever been lucky enough to do that, although I did apply for a job down there once). It was the magnificent colours that grabbed me: aquamarine, prussian blue (remember those old paint boxes that always had ‘prussian blue’ in them), icy white and sludgy white where chunks had broken away and exposed the gum beneath the teeth. And everywhere emptiness. Nothing.

We all got wildly excited when we saw a handful of big emperor penguins with their distinctive flash of yellow or a rock loaded with cute fur seals and the occasional group of leopard seals floundering on the ice. And the reason we got excited was because of the still emptiness of the space. Those immense ice cliffs reared up from glaciers hundreds of years old and that was sobering enough without watching chunks fall off with the spring thaw and slide beneath the water.

Antarctica seems to be a popular destination. It sounds like an amazing place to visit. Another place to add to my growing list of continents to explore. :-)

If you weren’t doing what you do today, what other job would you have?
The only other career I would want to pursue would be my old career, but hopefully at a higher level.

Although I spent years as a legal secretary/executive, it was at the end of my working life that I discovered executive search (recruitment). I loved it. Matching employer and employee is like a puzzle where you receive the most immense gratification when things go right. I enjoyed checking on company culture, the history of the business and its financial strength as well as the reputations of the directors before placing someone there.

Research is my thing and it paid off quite often. I was always amused when an employer seemed shocked that I had checked them out rather than just doing reference checks on recruits. But if the fit is not right, then it all falls apart a short way down the line. If only I had come to that career a little earlier in life! But life is filled with ‘if only’s.’

Vonnie, thank you for visiting my blog and sharing your passion for the Regency and romantic suspense genres.

COMING HOME is published by Robert Hale Ltd. You can find it at The Book Depository (postage is free).

If you'd like to know more about Vonnie, visit her website or her blog.
Posted by Kylie Griffin at 1:00 AM