I've run series on science fiction romance and DownUnder paranormal romance, and the wonderful authors who've been my guests have provided fascinating insights into the genres. They've also given us some great titles to add to our To be Read piles. 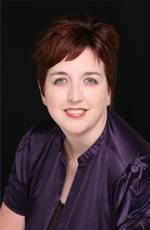 Amy Ruttan started writing at a very young age. Life and responsibility got in the way and writing was put on hold. It wasn't until the birth of her second child and spending countless hours in a NICU she realized that life is precious and it shouldn't be wasted.

Now years later --and a healthy baby later--Amy has realized her dreams. She was first published in 2007 and she hasn't looked back.

What do you think the readers will like about this book/series? Well, the heroine stranded in a cabin during a blizzard with a Mountie who happens to be a bear shifter. I plan on writing a few more bear shifters in this world. 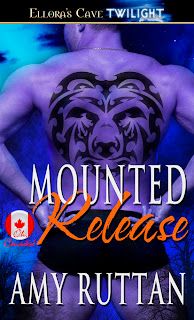 MOUNTED RELEASE
Gordon Thomas isn’t just an ordinary constable of the Royal Canadian Mounted Police, he’s also a bit of a bear—literally. He’s been on his own for so long he’s shocked when he discovers another Mukswa in his territory, and a female at that. The woman brings out the true beast in him, one which he’s been controlling for far too long.

Sheridan Stevens is on the run. When she crashes on an isolated road, her savior is the only male of her kind within one hundred kilometres. He’s kind, gorgeous and stirs her desire to a burning crescendo.

A snowstorm causes them to seek shelter. As the mercury drops outside, the temperature inside is rising. Neither Gordon nor Sheridan can contain the primal lust singing in their blood. But even as their passion burns brighter than the northern lights, Sheridan’s predator stalks them…ready to make his kill.

What themes or tropes appear in your books?
I write strong, independent woman who don’t need a man, but learn that love doesn’t mean you have to give up your independence or that you’re weak.

What is the single, most important thing about writing for you?
I get to do what I’ve always dreamed of doing since I was eight. I remember the moment clearly when I decided I wanted to be a writer more than anything. Plus it puts my vivid imagination to good use.

What new project are you working on now?
There are several. I’m working on another bear shifter book and some other assorted things.

How do you balance writing, family and other commitments?
I’m a night-hawk. I have three small children and I spend my days with them and all of their extracurricular activities. When they’re in bed and my husband is in bed I write.

On the odd time I write when everyone is awake I write on my lap top in the living room. I have to have noise when I write. I can’t write in silence.

What three authors would we find you reading once you finished writing a book?
This is hard. I have so many favorite authors. *Bites nails* J.R. Ward, Katie MacAlister and Connie Mason. I think those are my hard core go to authors.

If you walked into a store that sold anything and everything, what three things would you put in your shopping cart that would reflect your personality?
A history reference book, pretty jewellery and something fun for my kids.

When I'm alone, I...write usually or play computer games.
I love pizza with...mushrooms, green olives and extra cheese.
I would never...go bungee jumping...because...I’m afraid of heights and seriously it’s a rubber band wrapped around your ankle. Come on! ;-)
My secret vice is...Diet Coke.

You can find me...on my websites - www.amyruttan.com and www.acruttan.com I blog at Silken Sheets & Seduction, Beyond the Veil, and Paranormal Romantics. I can also be found on  Twitter.
Posted by Kylie Griffin at 1:00 AM